This guy’s videos are always as informing as they are entertaining.

Since people who think the First Cause argument holds a lick of validity are obviously people who don’t understand really basic physics, I don’t think they will appreciate this. Everyone else, though, enjoy:

Astrologers are all in a huff over comments made by two astronomers on BBC2 recently. In the future, they want a fair and balanced perspective given to astrology, but they want the BBC to apologize for allowing the astronomers, Professor Brian Cox and Dara O’Briain, to denigrate their ‘field’ in the first place.

This is not the first time that Brian Cox has waded into the astrology controversy that has raged in science for literally almost none of the last couple of centuries. The hackles of Britain’s astrologers were raised last year, when Cox took a moment during his Wonders of the Solar System series to explain to the public that “astrology is a load of rubbish,” a statement which pretty much echoes the scientific consensus on the matter, which says that, “astrology is a load of rubbish.”

American media might give in, but I don’t expect to see an apology from the BBC anytime soon.

On Richard Owen, that least convivial of 19th century scientists…

I used to be ashamed of hating him so much, but now I will carefully cherish my hatred & contempt to the last days of my life.

Well, Hubble and an ape, but “monkeys” made for a funnier title. 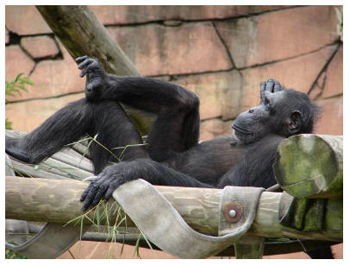 Today is Carl Sagan Day. That means you should appreciate science and have a Cosmos marathon. Also, watch this video. It’s hilarious.