My favorite thing about showing up 3rd for searches of “Hubble” in Google image is that whenever Hubble is in the news, I know it pretty quickly thanks to the sharp increase in hits. (Right now the third result is some website that has swiped my Hubble image, but it still links back to FTSOS.) For instance, tomorrow is the 20th anniversary of the launch of Hubble.

The universe was a different-looking place 20 years ago. The most powerful optical telescopes on Earth could see only halfway across the cosmos. Estimates for the age of the universe disagreed by a big margin. Supermassive black holes were only suspected to be the powerhouses behind a rare zoo of energetic phenomena seen at great distances. Einstein’s cosmological constant, a hypothesized repulsive property of space, was merely a skeleton in the astrophysics closet.

But astronomy was kicked-started into fast-forward on April 24th, 1990 when NASA’s Hubble Space Telescope left the blurry skies of Earth for the stars. Tucked away inside the space shuttle Discovery’s cargo bay, the telescope was set free into low earth orbit on April 25th.

Of course, this naturally means eye candy on FTSOS. 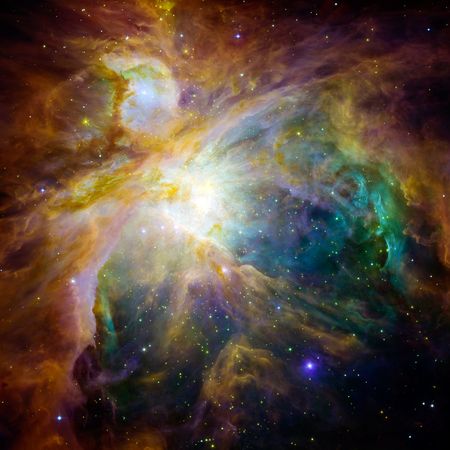